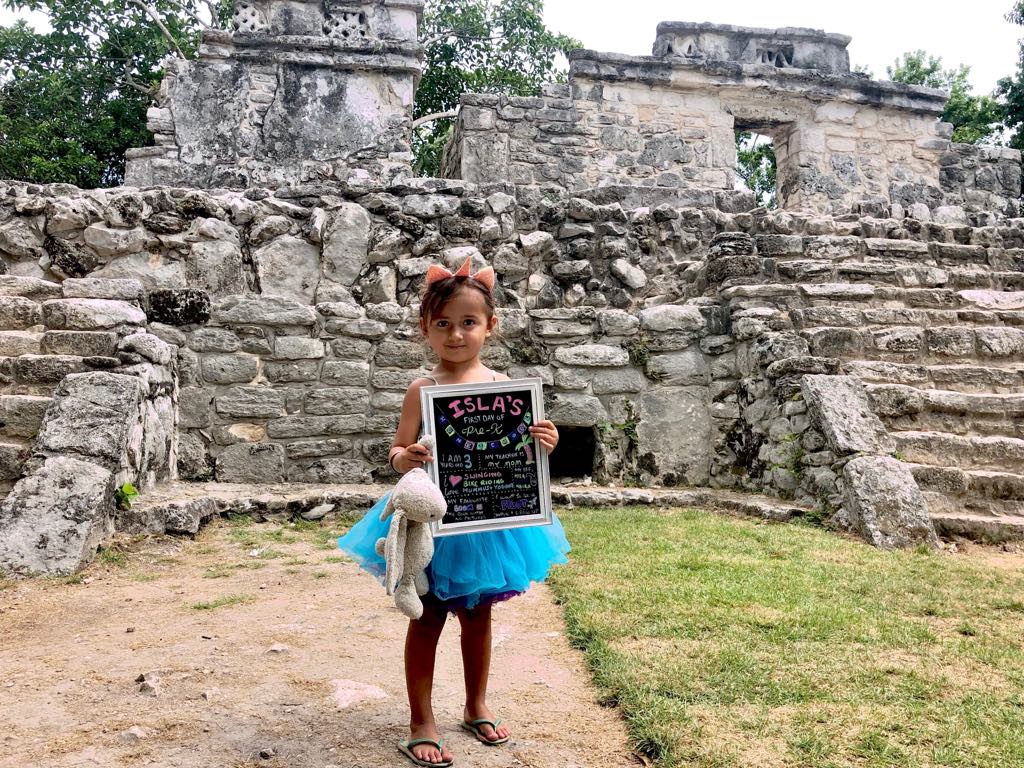 Why We Decided to Homeschool Our Daughter

Three and a half years after giving birth I finally have the answer to one of the most asked questions I’ve personally received, “Where will your child go to school? Mexico or Canada?”. To be blunt the answer is…nowhere! Our daughter Isla will not be attending a brick & mortar, or in the case of Cancun…concrete, school building, whether it’s private or public. I have decided to homeschool her.

Let me take you back a bit through our personal journey to choosing this particular route for Isla’s educational start. Strangely enough by far the most frequently asked question people would ask me while I was pregnant was “Where will your child go to school one day?”. At the time I didn’t understand why everyone was asking me that or I never even took the time to truly think about what exactly they were asking me. There I was with a million other thoughts about becoming a first time mom that where my unborn child would go to school in what felt like a lifetime away was absolutely nowhere even on the radar. I actually never even paused to wonder if that was a normal question that all moms-to-be were asked or just me. It didn’t hit me until very recently that that isn’t a question all pregnant women are asked. In fact maybe very few first time parents are asked that question because there’s likely an assumption that their child will just one day attend traditional school in whatever city their parents live in like the majority of children. I’m sure people were curious during my pregnancy because I flew back and forth between Mexico & Canada as if I was just heading to the cottage or travelling between two homes in adjacent cities. Isla did a ton of flying inside my belly and it made people wonder which country she would eventually go to school or end up in. I suppose my daughter being a dual citizen of both Mexico and Canada & regularly travelling between the two countries has added to the curiosity. We have an unusual life and people recognized that maybe before I even acknowledged it. In many ways we are far from being a traditional family as we spend anywhere between 3-4 months away from our home base in Mexico and it’s just one of the reasons I’m confident that my spirited child full of energy & curiosity doesn’t need to be educated in a traditional sense…at least for the time being. 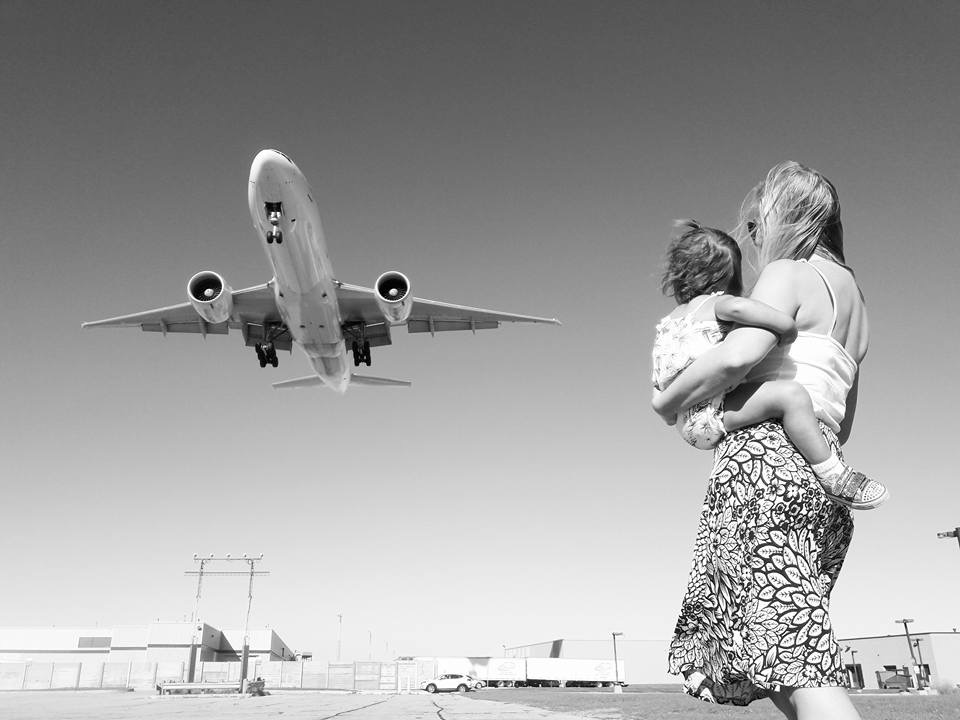 Right now Isla is 3-years-old & her 4th birthday won’t be until February 2019. I can’t help but think like a Canadian girl and “if” we were living in Ontario, Canada Isla would not be starting school until next September 2019 so as far as I’m concerned homeschooling her right now feels just like a jumpstart or transitional year to ease us both into this educational journey. Here in Mexico children usually start school at quite an early age and in my opinion a little too young. Nothing about sending her off to any kind of school at this very moment felt right yet I couldn’t quite put my finger on it. During our trip to Havana, Cuba I spoke with a few parents about schools in Cuba. I was told that the average age for kids to start school was 6. Cuba is actually known to have a great educational system and high literacy rates among children. It was during that trip while my daughter was off playing with a group of local children during a party being thrown for her third birthday by our Airbnb host, that gave me a bit of an “aha” moment and I set out to do more research on educational options and the age children all around the world start school. It quickly became clear to me that there wasn’t a worldwide standard or cookie cutter answer. I also can’t help that I no longer think simply like a Canadian but now have more international influences weighing in on every decision I make.

Here’s the thing…thinking back to all of those prying questions over the last 4 years as to where my child would one day attend school, what I was fully aware of when people asked that question that there was an assumption that schooling is better in Canada. Comments were made with a slight hint of disappointment or from some there was even fear if I considered to educate my child in Mexico. I don’t have anything directly against the schools in Mexico or Canada. It’s just at this moment I don’t feel a traditional school setting anywhere in the world for that matter is what’s right for my child. Nothing is set in stone and this is just our personal decision for right now. When it comes to work, I also have a job with a flexible schedule for work week hours when I’m not shooting weddings and at times we have to stay overnight at resorts which means our toddler is coming with us. This way we can set-up our “classroom” wherever we are & take advantage of so many different experiences. 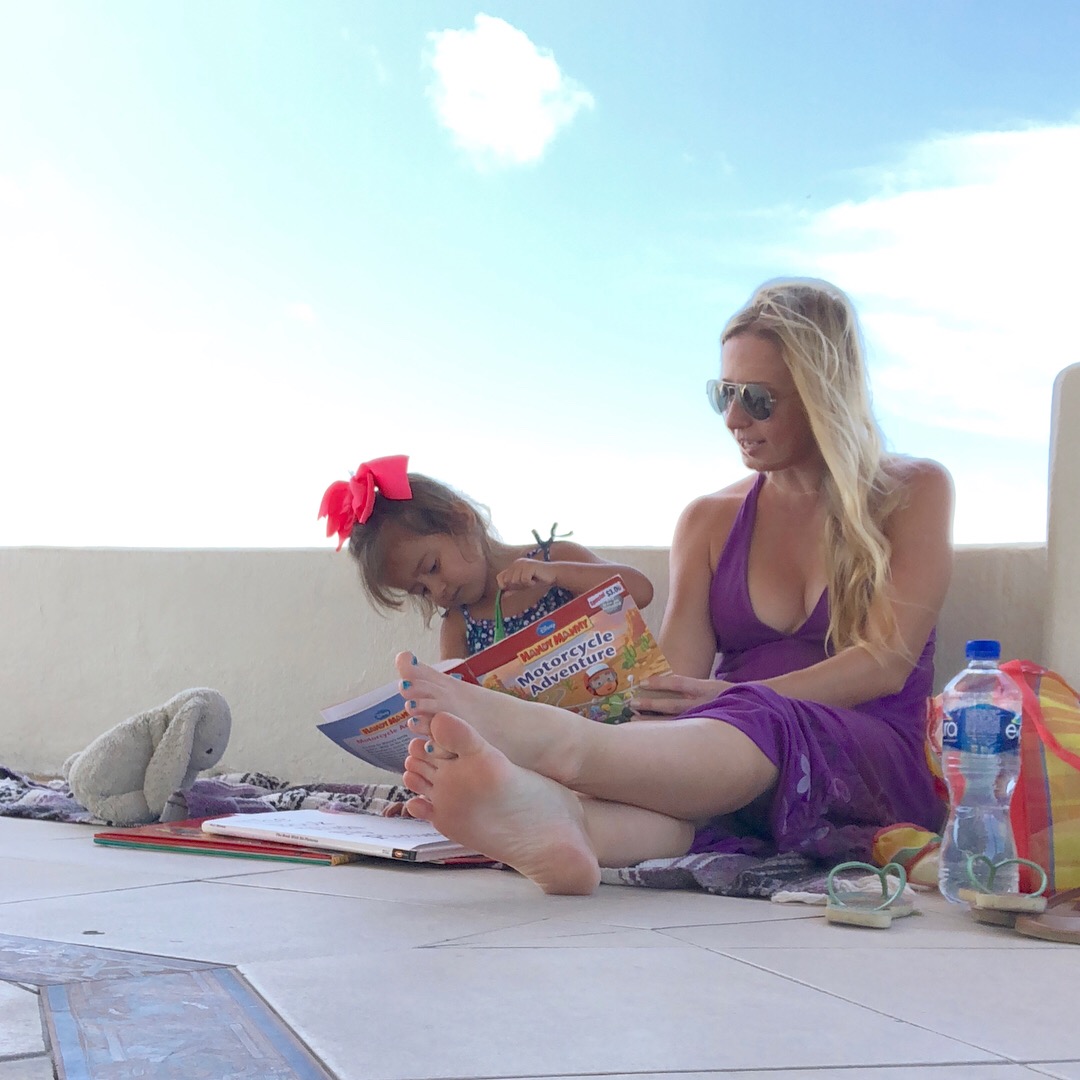 To be honest the method of learning is still yet to be determined and my daughter is only 3 so I don’t really feel I need to have a clear cut plan right this very second. It’ll likely be a combination of homeschooling and what is known as worldschooling & unschooling. Homeschoolers basically follow a set curriculum and are essentially learning what students in a regular school setting would be learning using similar books and material but just instead at home. Unschooling follows no curriculum and is student driven in the way unschooled children tend to study areas they are showing the most interest in at that time and going at their own pace. Worldschooling is a little different from both homeschooling & unschooling often revolving around travel and instead of school materials or textbooks, children learn using the world around them. Worldschooling brings kids out of a classroom or home based class setting to allow them to learn hands on. Most are familiar with the concept of homeschooling even if only a small percentage of children are educated this way so in short I’ll probably just tell people that my daughter is being homeschooled but I already know so much of her learning won’t take place just sitting in our home at a table or desk. 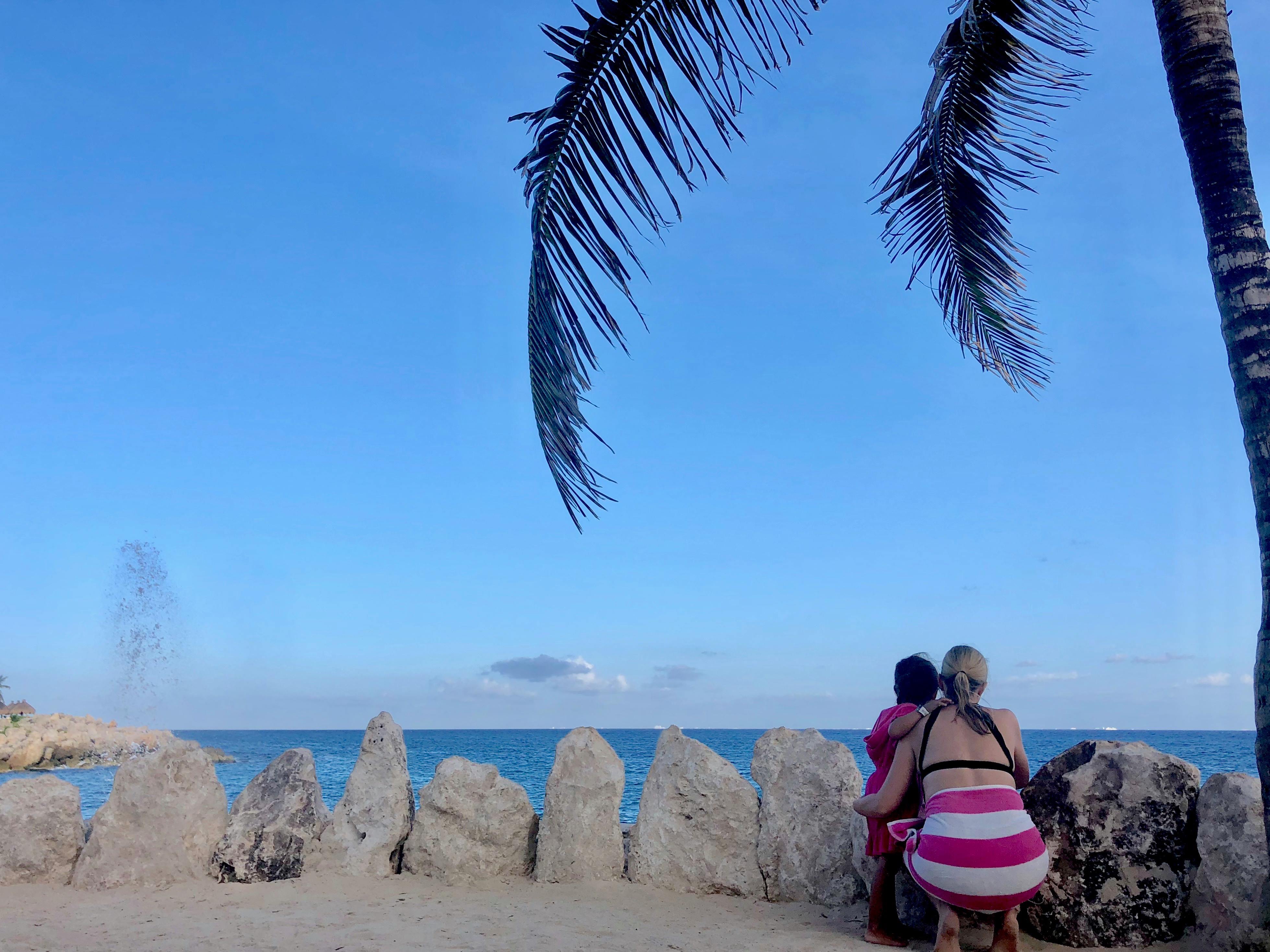 I’ve realized Isla has a strong sense of curiosity and has been naturally learning about the world around her every single day through the adventures we go on, the places we visit and the things we do outside of our home. It’s just become a natural process for us. We aren’t homebodies & have literally been on the go with her between two countries since she was a newborn. She wasn’t at home the first time she crawled or walked or tried many foods for the first time or said some of her first words. We weren’t at home for many of her firsts yet she’s been learning like any other child naturally would. I’ve had a bit of a quiet belief that our home is just where we relax & have downtime but filling our days with time spent out & about no matter what it is we’re doing, even if it’s just going to the beach or a park, is when my daughter and I are both at our best. We are both quite social and both thrive on outings, experiences, seeing new places and trying new things. 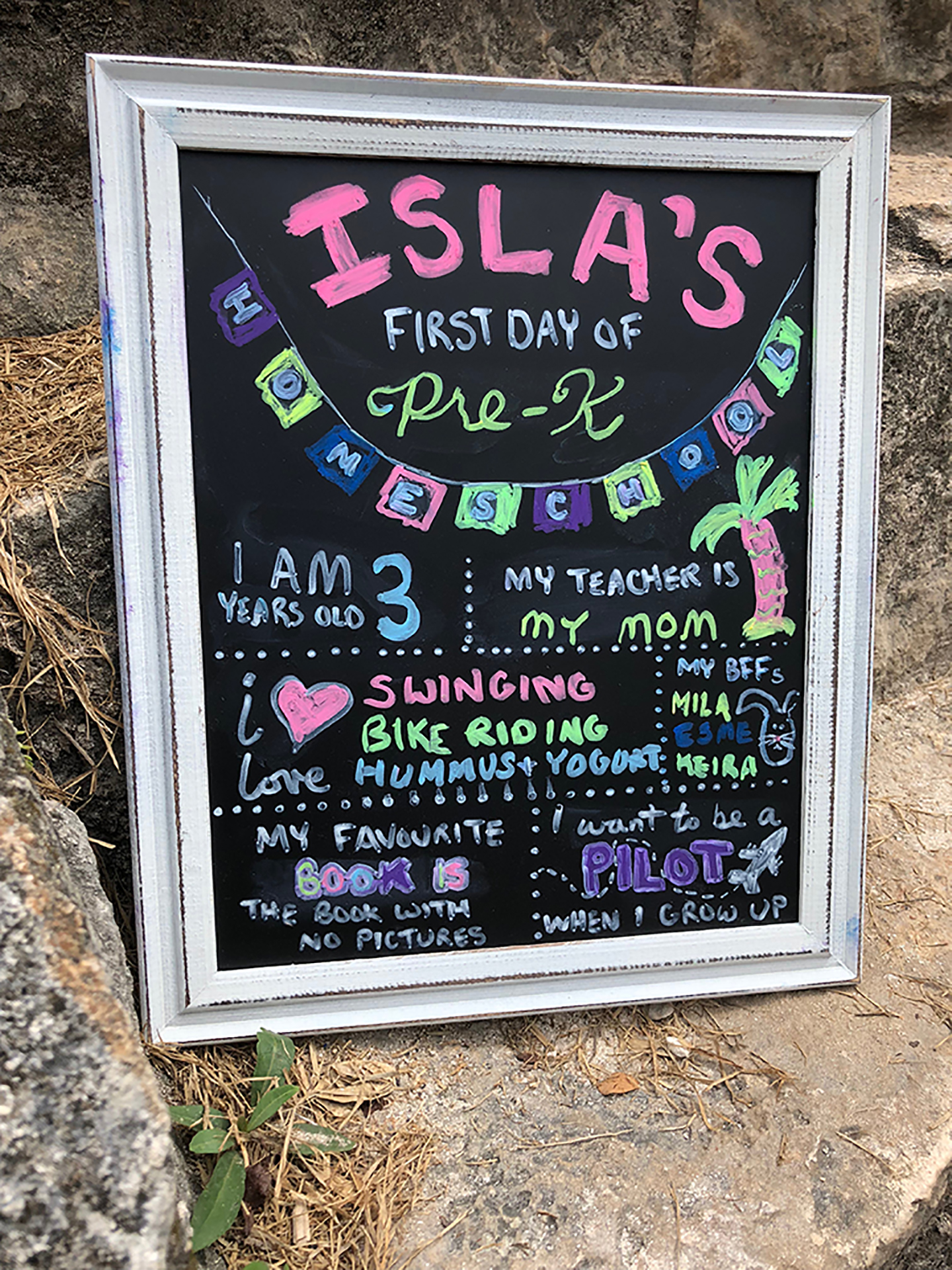 Isla’s first day of school may not have looked traditional but it was still full of firsthand learning opportunities. Isla swam through a cave while bats swooped over our heads. We helped a tiny baby iguana cross a walking path. We chatted about tapirs, cuotis & blue crabs while observing them. She climbed small Mayan ruins imagining where the doors once were and how each structure had been used. She walked around barefoot & carefree the entire day taking in everything around her and I can’t ask for anything more than that. 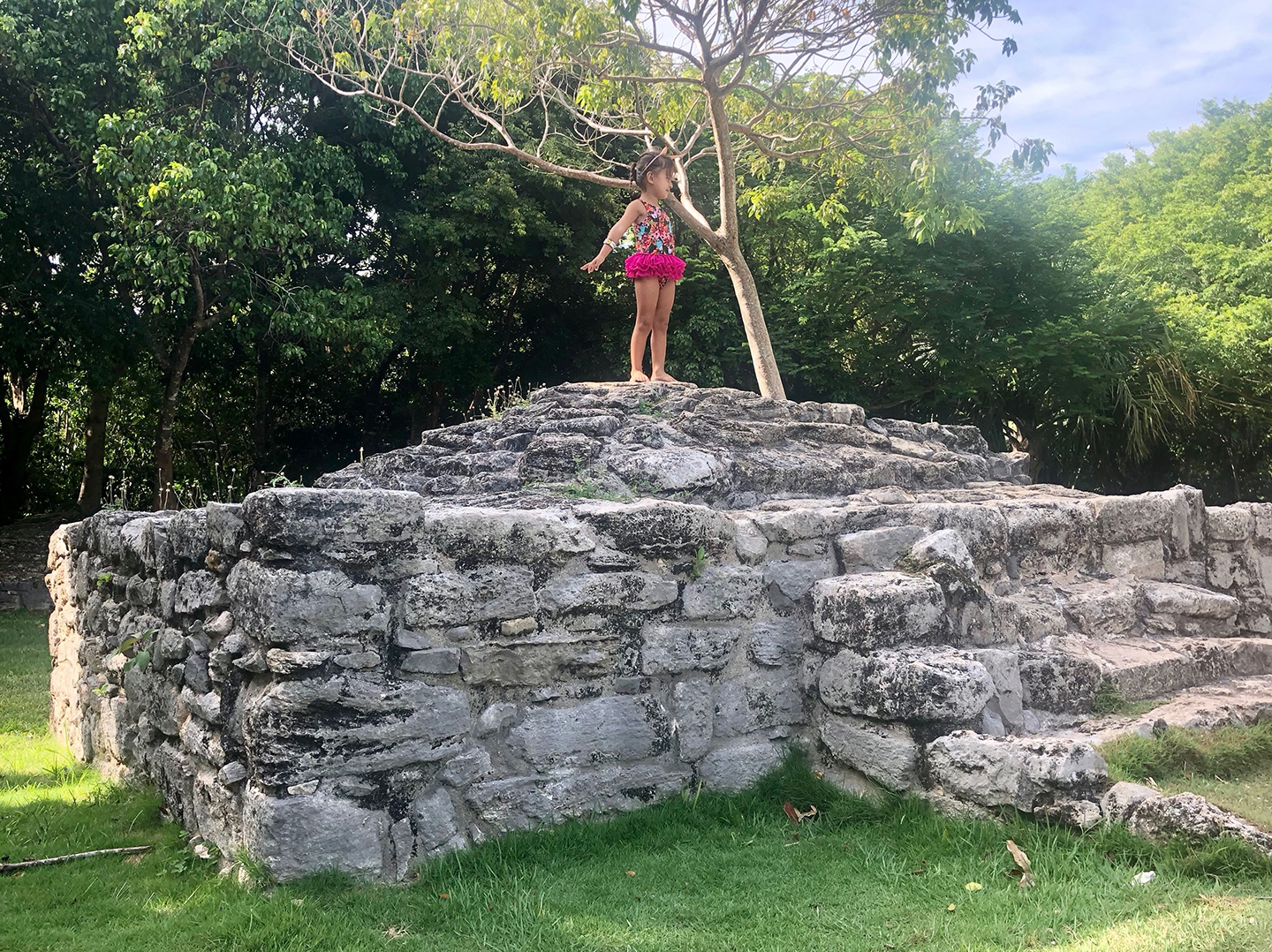 I am considering this first year as an equivalent of preschool so we are also taking it easy. The responsible parent part of me feels I need to do her justice by properly preparing her and keeping her on track in case we do need to place her in a more traditional school setting at any given moment. We have taken advantage of a few rainy days by sitting down and working on things like shapes, the alphabet and numbers. We’ve made little workbooks about various animals and now when she cooks or bakes with me we talk a bit more about measurements, the types of ingredients we’re using, texture and lengths of cooking/baking time. Again all pretty basic stuff but with just a very purposeful approach now & the surprising truth is she absolutely loves our little sit down “class” time.

There truly are incredible and fun learning opportunities everyday in just about everything we do and we plan to take full advantage of that. With the success of our business in Cancun/Riviera Maya and owning a home in Cancun…Mexico is now home to us but we have made it a priority to vacation as much as possible. Each year we aim to spend as much as 2-3 months a year in Toronto (which also includes several road trips from there) as well as travelling to other destinations. I am confident that Isla’s opportunity to learn through activities & travelling at this particular age will far surpass what she could learn sitting in a small room all day. Not to mention that she will also be learning as she goes in both English and Spanish. Again it’s just what feels right for her and our family at this time & I’m incredibly excited to get to experience this part of her educational journey with her. 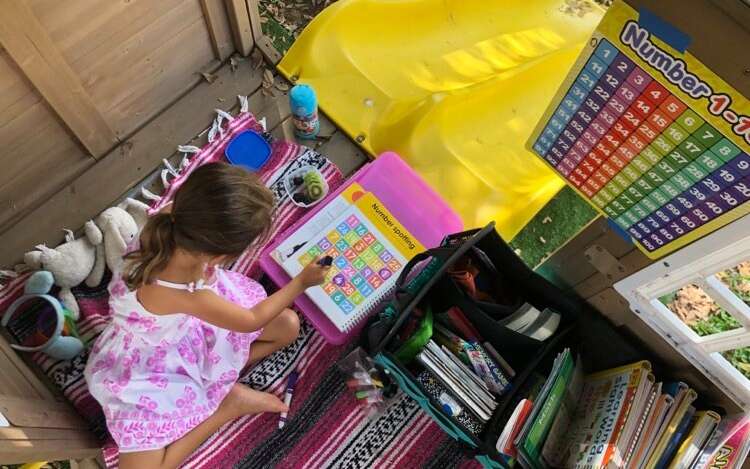 10 Must Have Homeschooling Items For Kindergarten Aged Kids 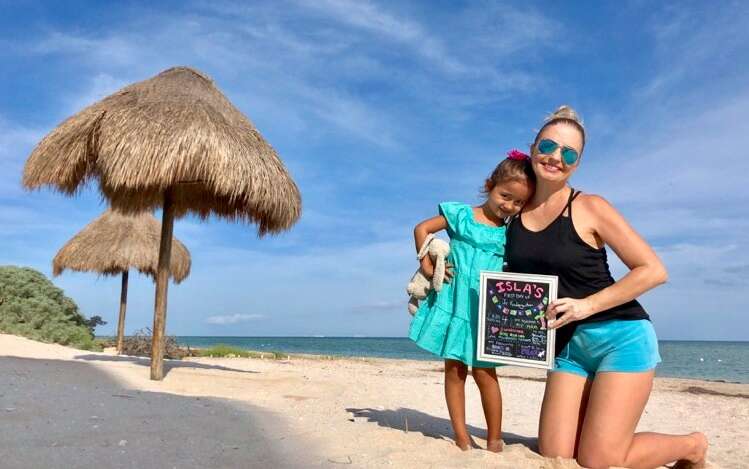